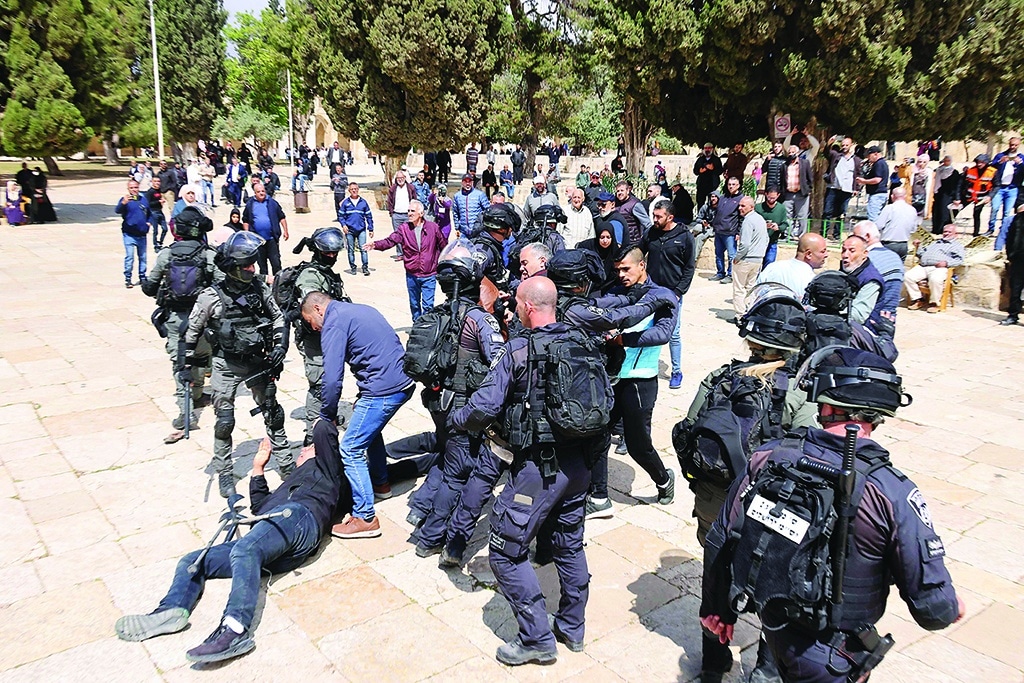 KUWAIT: Kuwait issued on Thursday a robust “condemnation and denunciation” of the Zionist entity’s resolution to permit extremists to hurricane Al-Aqsa Mosque beneath the security of presidency forces. Kuwait’s overseas ministry, in a remark, described the act as a part of a unbroken pattern of “critical violations” dedicated via the Zionist entity’s occupational authority, which “represent a flagrant violation of global legislation and the Geneva Conventions, stoke a spirit of violence and stress and threaten global peace and safety.”

It went on to name at the United International locations Safety Council to “think its obligations to curb those violations and compel the occupying energy to forestall its assaults at the brotherly Palestinian folks, their land and their holy websites.” – KUNA